It would be easy to see the core scenario for the world as a war in Ukraine expanding to the broader European stage, inflation undoing the standards of living of billions, the pandemic hitting China and running free the world over mutating into something far worse and diluting and diverting attention from Climate Change goals and the UN Sustainable Development Goals. The February 2022 Sign of the Times 1looked at the key event risks facing the world today and concluded that the world is heading into a period of increasing global risk, in which the downside potential for the world in the coming year in terms of peace, prosperity and stability far outweigh the impact of any upside. The paper concluded that the nature of today’s major risks would likely encourage zero-sum competition for the world and inhibit multilateral collaboration, which would require a challenging process of reinvention for the world’s institutions, alliances and even values, in order for these to address key global challenges.

Three months on, the premise regarding downside risk appears to be playing out, with Russia having escalated its conflict with the Ukraine, and with inflation in key countries spiking to 8% or higher. And while China has not invaded Taiwan, Sino-Western relations are at an all-time low due to the interrelated nature of global risks, and pandemic risk continues to play out, this time in China, providing for a less auspicious start to 2022 than many would have had hoped for.

Despite the near-term net downside risk, the prospects for the world over the medium to long term are somewhat brighter, however. Besides being shaped by events, the world’s trajectory is also impacted by innovations and ideas, with breakthrough innovations throughout history being among the primary drivers of human progress. With an increasing portion of the world’s R&D and financing resources being spent on addressing major global challenges, the probability of near-to-medium term technology breakthroughs that can fundamentally transform the world scenario, for better or for worse, should rise.

This month’s Sign of the Times looks at five potential innovation breakthroughs which, if realised, could positively shape the world over the near-to-medium term, outlining their potential implications and key execution considerations.

The Role and Power of Innovation

One key message of the February 2022 Sign of the Times was that the management of today’s interrelated global risks required a level of international cooperation that likely exceeded the ability of the current global order to deliver. With the current world order in a clear state of transition2, the Sign concluded that it would need to be transformed or reinvented if the world is to address the challenges it faces.

There are few forces in the world that can compete with innovation in terms of its power to disrupt the current order and to shape a new one. Virtually all human progress to date has been driven by new ideas that drive social, technological, political, and socio-economic change, with technological innovations and breakthroughs providing the basis for rapid and punctuated change. While this has of course been the case throughout history, the exponential growth of knowledge creation is accelerating technological progress and shortening the time between the paradigm shifts that it creates: The Industrial Revolution in the 18th century was c.12,000 years after the Neolithic (Agricultural) Revolution, but the Technological Revolution of the 19th century started just over a century later, and this was followed less than a century later by the Digital Revolution in the 1960s. In each revolution, a series of related breakthroughs enabled a period of rapid political, economic, and social change that in turn transformed the existing world order and drove global civilisation forward (see table below).

Every revolution, or paradigm shift, consisted of a series of interrelated breakthroughs, which reinforced each other at scale to drive long term civilisational change. Taking a short-term snapshot, each breakthrough needs to be individually achieved, as well as refined, scaled, adopted, and integrated into existing systems, a process that historically has taken years or even decades.

Any near-term technological breakthroughs the world is likely to make are of course unlikely to help avert the downside risks of near-term global events, like Russia’s invasion of Ukraine or spiralling inflation, and these risks will need to be managed with existing technologies and in the confines of the existing world order.

Over a longer timeframe of a few years to a decade however, We are in the midst of a revolutionary level of innovation driven change today that will make the industrial era archaic and usher in change to every aspect of our lives … to wage war is a waste when the opportunity exists to create a far better world for all, and power will come from doing exactly that technological breakthroughs have the potential to help address some of the root causes of today’s event risks, while also providing the basis for a new world order to emerge. This will involve developing solutions to many of the world’s key challenges: climate change and the energy transition, sustainable development across and within countries, and the transition to post-industrial economies.

All this makes the achievement, roll-out and sharing of further technological breakthroughs a critical requirement for world progress. Among the many possible breakthroughs that can have a positive impact on the world, five stand out given their disruptive power and/or their potential for nearer term scaling. These five breakthroughs are individually very different in nature: some are driven by single ‘big’ innovations (such as a new energy technology), some are the cumulative result of many incremental advances in existing technologies in rapid succession (like AI), some may happen as a result of an ‘adoption tipping point’ (such as digital currencies or virtualisation platforms), and others are systemic innovations such as a re-writing of systems that underpin the world (like the rules of capitalism).

Given the February 2022 Sign’s finding that downside risk for the world outweigh any upsides in the near term, the question arises whether the potential breakthroughs above could represent net global upside for the world over the medium-to-longer term. The implications of technological breakthroughs are neither one-sided nor straightforward, of course, giving rise to the question of what the ‘right’ risk-weighted outlook for the world should be: positive or negative.

Leaving aside important factors like how, why, when, by whom and for what purpose technologies are deployed, any disruptive technology deployed at scale in today’s interconnected world will give rise to second The net outlook for the world from a radical set of technological breakthroughs already in play is clearly a positive one, pointing to long-term upside, despite more near-term, event driven downside risk and third order consequences (both positive and negative) that are difficult to fully anticipate. Social media was predicted to democratise access to information, create communities and empower individuals, but has perversely done almost the opposite: spreading misinformation, driving social polarisation, and weakening trust in democratic institutions. Technologies can drive both of course with fossil fuels delivering historic breakthroughs in global growth and development while driving climate change to levels that threaten to undermine the progress of centuries in decades.

But the biggest risk of breakthrough technologies, just like any tool, comes through the user. The well understood caution that fire provides warmth and light, but can also injure, kill, and destroy depending on the wielder is highly relevant. Artificial intelligence and digital currencies will likely be subject to a similarly wide range of outcomes.

All these caveats aside, however, it is incontestable that technology, on balance, has driven global progress, on a millennia-long trendline of increasing peace, prosperity, and freedom. The net outlook for the world from technological breakthroughs therefore is clearly a positive one, pointing to long-term upside, despite more near-term, event driven downside risk.

Taken together the impact of the five breakthroughs points to another key feature of progress, its exponential, compounding, and irreversible nature. The five are all already underway and will progress at different paces, interacting with each other, and building on previous innovations to create an accelerating pace of change. In the current context, where near-term downside risks are already playing out to great effect, it is difficult to visualise a world transformed by these breakthroughs in the immediate term to outweigh the downsides.

However, taking a longer-term view of human progress suggests that this transformation could occur rapidly, with the next decade being an exciting and pivotal time, given the following factors:

While the near-term outlook may be net negative due to various event risks including the ongoing conflict in Ukraine and spiralling inflation globally, the medium-to-long term outlook appears significantly brighter due to the potential impact of several critical breakthrough innovations which are already underway. The potential for a new energy breakthrough, or advances in AI, the adoption of digital currencies, the potential for a new virtual reality-based technology paradigm and a shift in the nature of capitalism itself, all point to major transformational changes ahead.

Innovation and technological change have rarely been a straight line, and invariably run into conservative societies’ resistance to change. Entrenched systems and interests can slow down progress and change for a period of time, sometimes until change is forced upon them. The current global situation – an ongoing war in the Ukraine, inflation and broken supply chains, a never-ending pandemic, a backlash against increasing inequality, growing nationalism, and populism – points to the current period being one where resistance faces off against progress. And as such, the coming years may well entail what is effectively a period of conflict between the past and the future before the benefits of progress are sufficiently large and universal to be recognised by all. 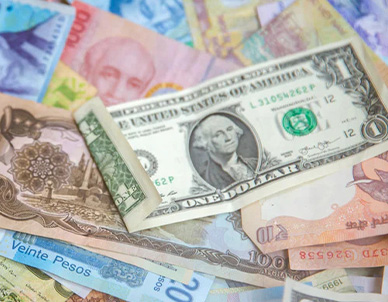 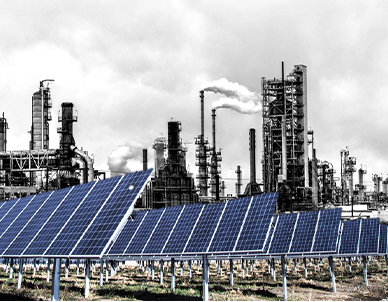 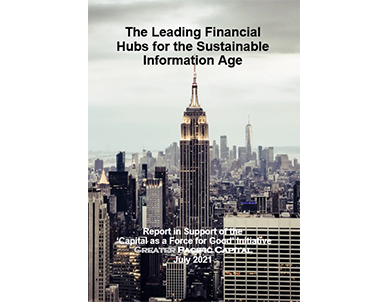 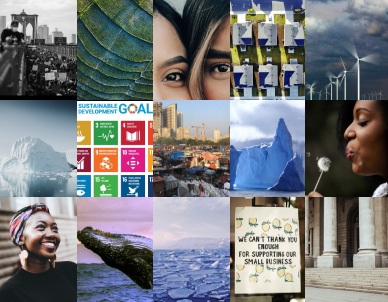 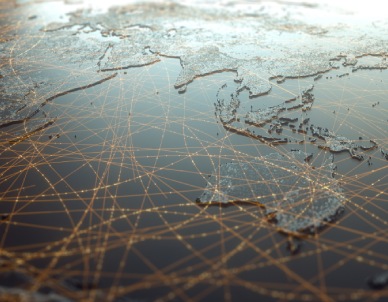